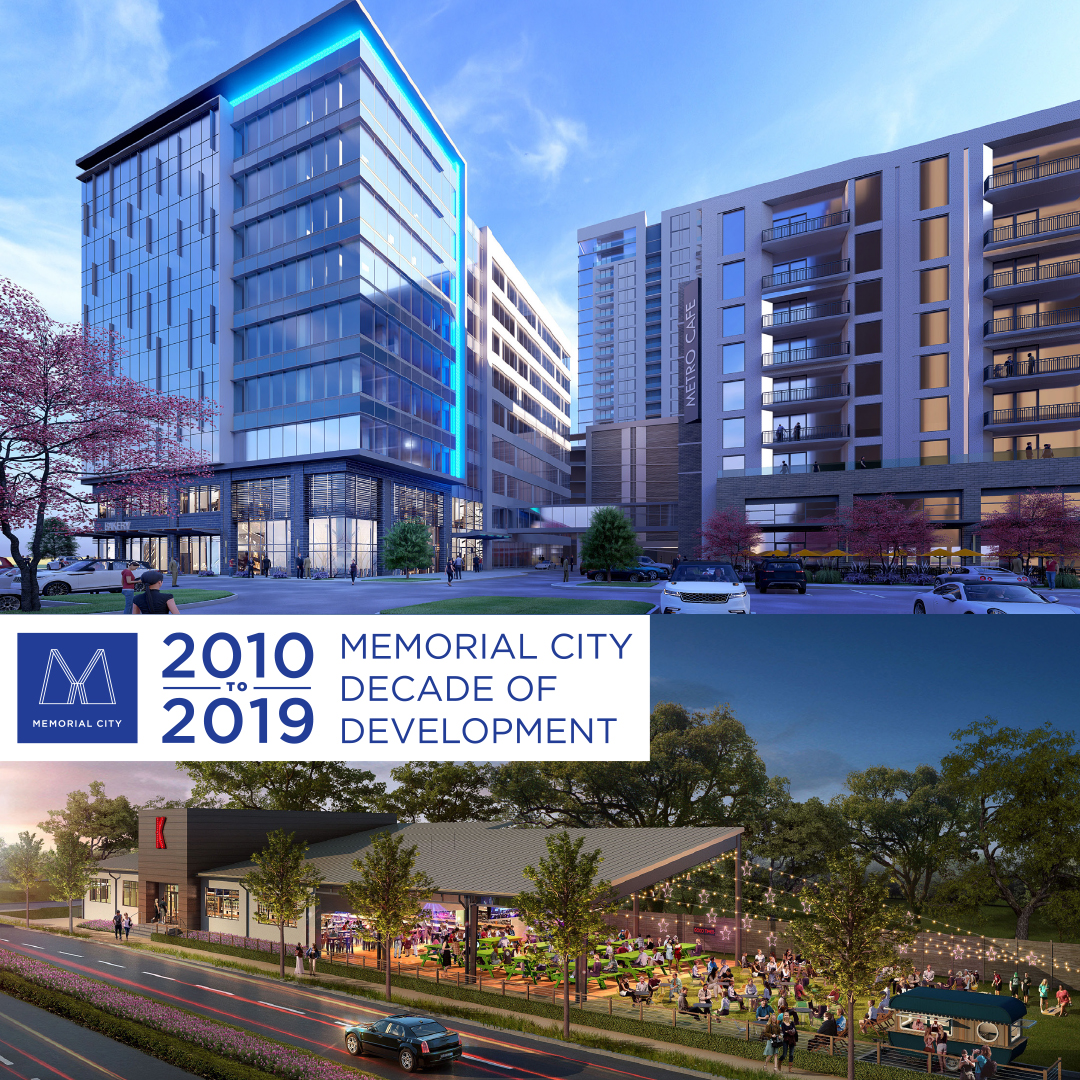 As we start a new decade it’s exciting to think about the changes coming to Memorial City.  Here’s a look back at all of the changes that we have seen over the past decade.

Now it’s 2020 and there are several projects in the works including The McKinley, a new luxury apartment highrise. Also, Kirby Ice House, Torchy’s Tacos and Mia’s Table are all coming to the Northwest Corner … and there is exciting news about the redevelopment of Memorial City Mall that is soon to come. Stay tuned.

Let's see what exciting developments this decade brings to the Memorial District.