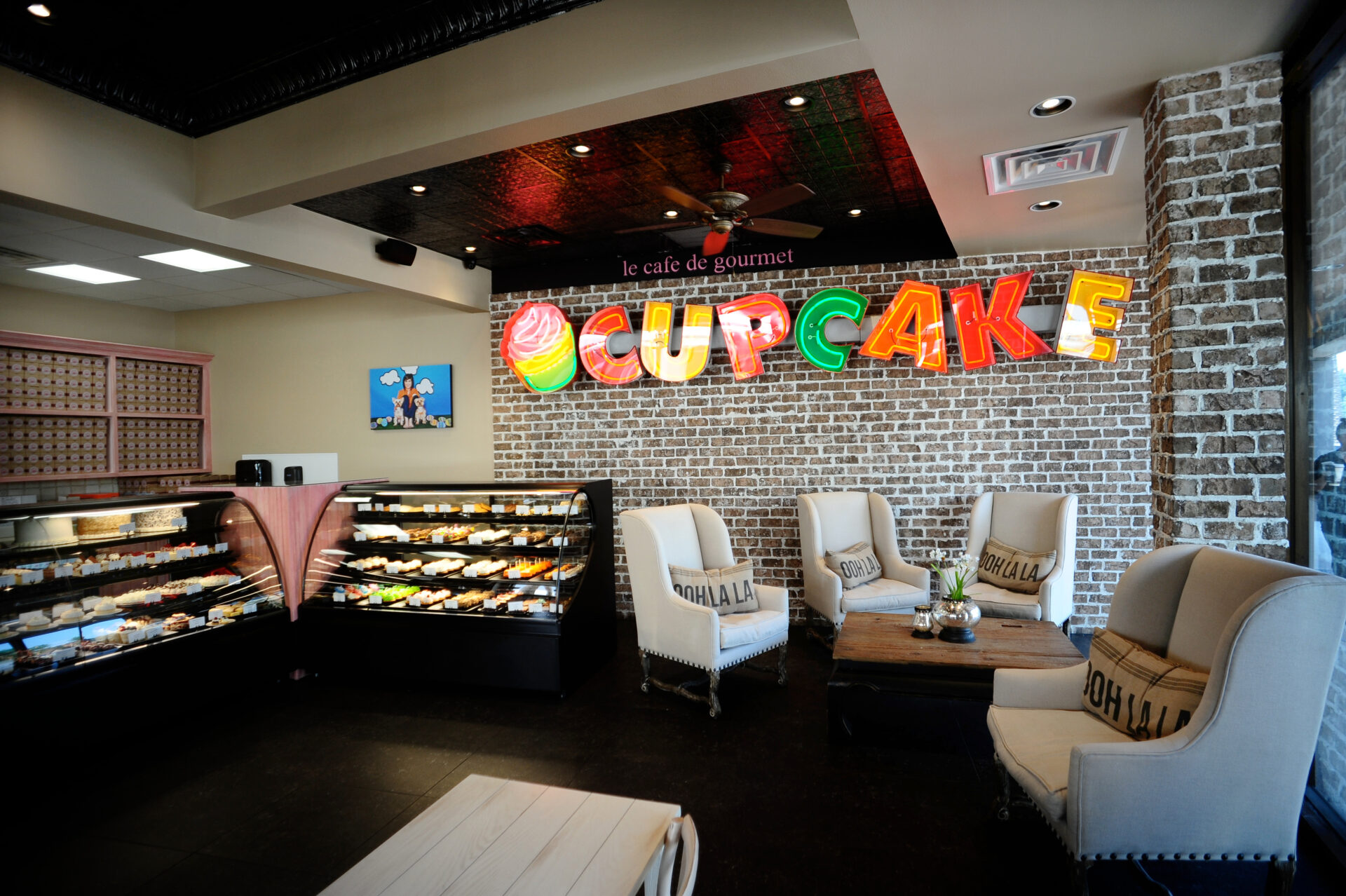 Ooh La La: Decadent Variety and a Touch of Whimsy

Through the doors of Ooh La La Dessert Boutique in Town & Country Village, the noise and energy from the Beltway dissolves into a shop filled with whimsy, color and fun. The 3,000 square-foot space is the third and largest Ooh La La storefront owned by Houston native and restaurateur Vanessa O’Donnell.

With the opening of this large space, Ooh La La has been able to expand its decadent menu to include a milkshake bar and locally-made gelato in addition to the cupcakes, cheesecakes, cookies and pies for which it is known. “When we opened 10 years ago, cupcakes were all the rage,” says O’Donnell, “so, we kind of went out on a limb and did a bunch of different desserts.”

Made with fresh ingredients, customer favorites include the “Velvet Elvis”, a red velvet cupcake, and “Pretty in Pink” which is a strawberry cupcake with cream cheese. O’Donnell notes the New York cheesecake with strawberries is also popular: “We can’t keep it on the shelf!” One of our most popular flavors of gelato, made locally by Gelato Blu, is “Golden Cupcakes” which incorporates pieces of Ooh La La’s signature cupcakes and frosting.

A graduate of the Art Institute of Houston’s Baking and Pastry program, O’Donnell developed a passion or sweets early on. It’s a passion that has grown as she, her husband and staff continue to create new recipes. Fall flavors include an array of pumpkin items, cranberry-orange-almond cookies, and butterscotch pecan cookies. And make sure to stop in around the holidays and try decorated gingerbread and peppermint flavored treats.

In addition to a wonderful lineup of desserts for all tastes and palates, Ooh La La has a party room available for rent with stone walls and colorful accents; it’s a lovely setting for any gathering. Also on offer are an array of birthday and ‘thinking of you’ items, making it a one-stop-shop for gifts and treats.

Open seven days a week, stop by 770 West Sam Houston Parkway, Suite 500, to try some confectionary delights or find them online at www.oohlalasweets.com.