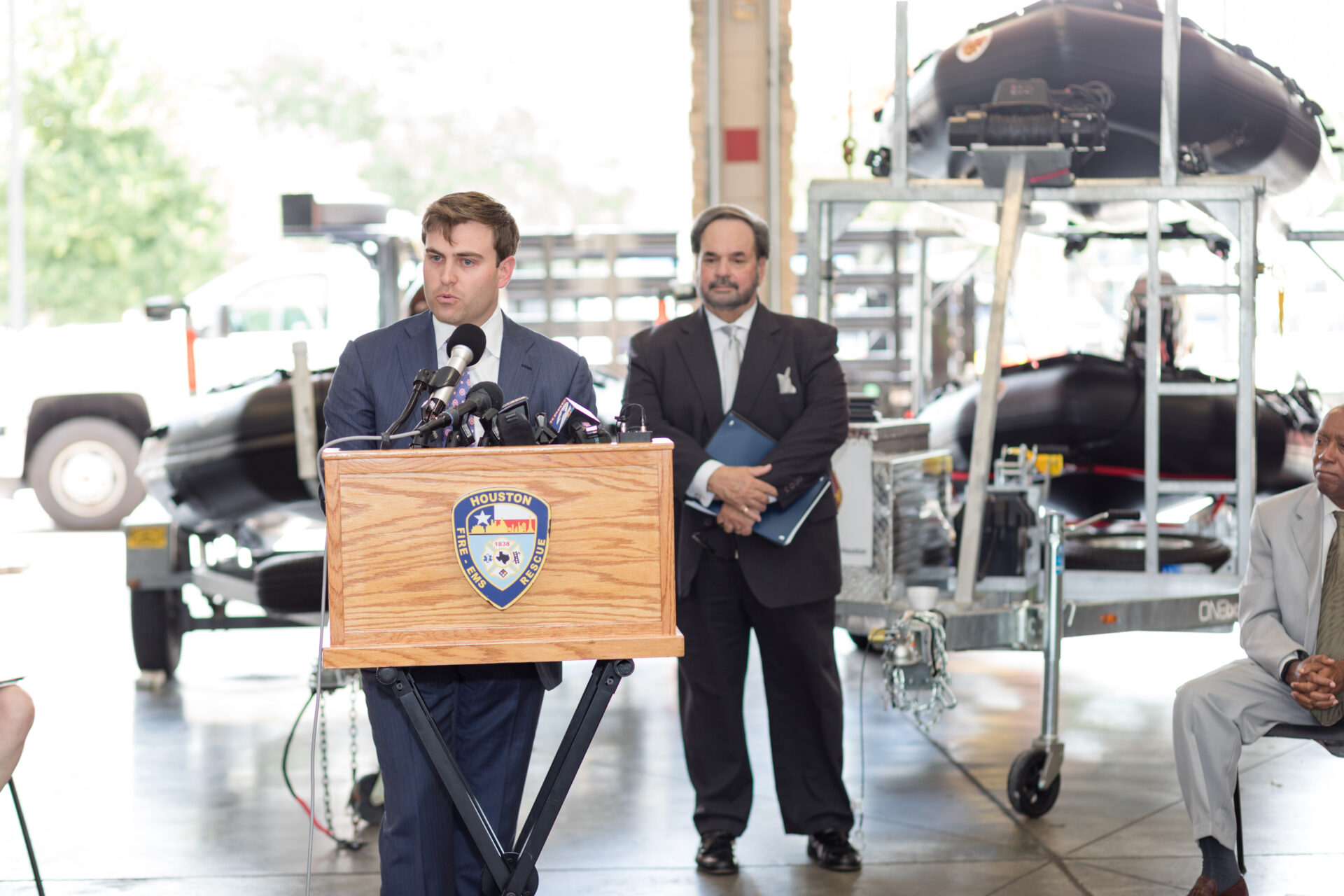 The Memorial District proudly thanks MetroNational’s President, Jason Johnson, for helping raise part of the over $260,000 recently donated to the Fire Fighters Foundation of Houston. The funds were used to purchase much needed emergency equipment for the Houston Fire Department including several rescue boats and trailers, and two high-water vehicles for rescues and evacuation, in preparation for the 2018 hurricane season.

“We are grateful for all of the tireless work from our firefighters and first responders during Hurricane Harvey,” said Johnson. “MetroNational is honored to donate these funds to such a deserving group of men and women.”

As Houstonians, we all know someone or were ourselves personally affected by the various flooding disasters our city has had to face recently. This show of support by local community leaders like MetroNational exemplifies what makes us #HoustonStrong and why we are proud to call Houston home.

“The generosity of private citizens and corporations through the Foundation has certainly helped to save the lives of citizens as well as our brave men and women fire fighters,” Houston Fire Chief Sam Peña, said. Learn more about the Fire Fighters Foundation of Houston and how you can support their efforts.