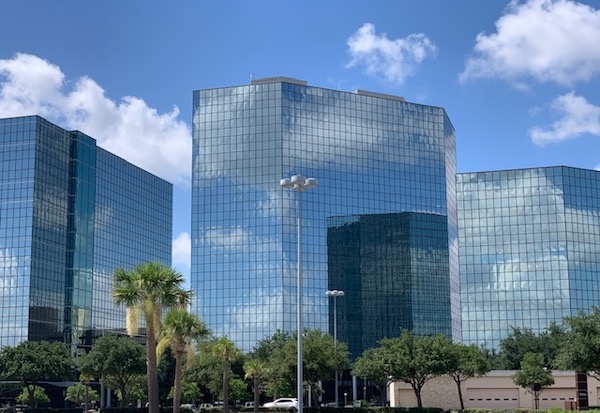 Jason Johnson, President of MetroNational, the firm behind the development of Memorial City, was interviewed by Jeff Jeffrey of the Houston Business Journal. Johnson discussed the demolition of the Sears location at Memorial City, and he explained aspects of the redevelopment project that are on hold due to COVID-19 concerns.

"We're still in the planning phase of that project. We're taking a massive look at what we need in terms of the retail environment. That's one of the next 20 things we're going to be changing with the mall to make it more of a mixed-use, open space environment. It's going to take a lot of work and needs to get approval from a lot of people, including the anchor tenants. No one likes to sit on real estate, but we're going to take our time with that one to make sure we get it right."

He noted that the 25-story multifamily tower, The McKinley, is on schedule. The sales office should be open by the second quarter of 2021.

Johnson told The Houston Business Journal that the McKinley's office component is on hold while the firm's specialists examine how office environments might look in the future. For example, the specialists want to see the frequency with which people work from the office each week. He also expressed confidence about building an office space in Houston.

"I'm really pleased with what Texas is doing, in general, and what Houston, in particular, is doing with bringing new companies to town. We have always felt that by being a dense urban core that is outside of the (central business district), we benefit from having all of the restaurants and retail and things people want with a much shorter commute . . . Because of our location, we benefit from being in an area that is in close proximity to everything employees might need to do during the day, whether it's shopping or getting food or obtaining medical treatment."

According to Johnson, the redevelopment of Memorial City could occupy MetroNational's thoughts for the next ten years. The firm is taking the time to hear what tenants want and what retailers across the country do. The firm has moved quickly with choices about using technology to simplify deliveries and meetings. Still, it will take a steady approach to its overall growth to make sure its decisions are good ones.

Jason Johnson is the son of MetroNational's Chairman and CEO, Roy Johnson. He is also the grandson of the company's founder, Joseph Johnson.